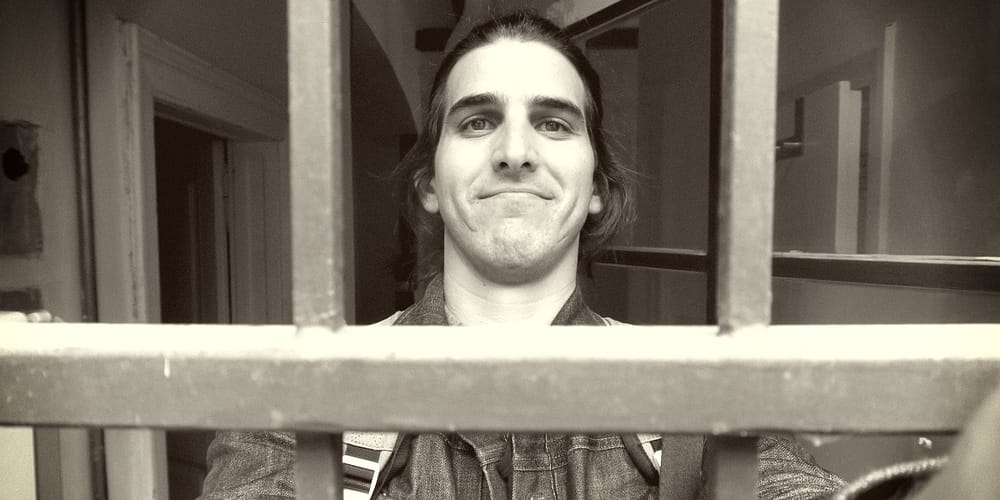 In the fall of 2014, I felt like I spent my days confined to a cage. My fate felt fixed and I was completely disempowered to make any attempt to escape. Let me explain.

In September 2014, I was a 3rd year petroleum geologist working for the oil giant British Petroleum (BP).

The initial ego-high of making six-figures, receiving great retirement benefits and working on multi-million dollar oil-wells had lost its luster and I started to realize that my future would be full of volatile oil prices, chronically high stress levels and monotonous daily routines...

Monday through Friday for the next three decades would consist of the following:

Don’t Get Me Wrong

I don’t want to give the impression that I’m complaining about office life at BP in particular because that’s not my intention. As corporate jobs go, my time with BP was awesome.

The work culture there was progressive embracing values for gender, ethnic, age and sexual-orientation equality both in and outside the workplace; to a large extent, employees could really bring their real personality to work without fear of administrative judgement.

Work-life balance was another touted company value which provided me the opportunity to pursue post-work extracurriculars like martial arts, strength-training and Acrobatic Yoga.

Even though I was often tied to monitoring drilling wells 24/7 for my operations geology roles, I was still able to focus on self-development outside the office.

Cubicles﻿: The Most﻿ Dangerous Environments On Earth

A massive internal conflict began to emerge within myself as I became increasingly fit and health-focused. A growing need to be active and in perpetual motion started to rail against the static nature of the corporate office environment. Ergonomic chairs and keyboards are great, but degenerative health conditions still emerge when you’re rigidly fixed to them for large chunks of time every day.

I couldn’t help but feeling like my workstation was a cage for my increasingly active body and mind.

Realizing that no amount of exercise, movement and personal exploration outside the office could undo the hours of daily inactivity a domesticated cubical environment forced upon me, I wanted a new way to spend my waking hours.

The﻿ Dangers Of Career Specialization

From a career perspective, I also felt trapped in the oil-industry as a petroleum geologist. Earth-science is wonderful field of study in that it’s critically important, endlessly intriguing and offers a scientifically broad education. But it's very specialized in terms of industries that will actually pay well to employ that knowledge.

My credentials and skill sets as a petroleum geo were custom designed to serve a volatile, commodity-driven industry without any real possibility of lateral adaptability.

I would argue that being pinned down in one very linear industry is not a good longterm career strategy as global economies are now changing at exponential rates due to rapidly advancing technological breakthroughs...

The downturn in the oil commodity market started to rear it’s ugly head in September 2014 as prices per barrel started to plummet from a multi-year plateau of $90+.

From September to December 2014, oil prices dropped precipitously from $95 to $60 per barrel and energy companies went into triage mode to stop their financial bleeding.

My entire office started buzzing with worried energy spawned by the uncertainty of whether or not jobs would be safe.

For me, however, this downward price correction set into motion industry conditions that would set me free from my self-induced, sado-masochistic career path bondage.

BP was one of the first companies to announce layoffs due to the previous financial burdens the company incurred from the 2010 Gulf of Mexico oil spill. It really wasn’t a big surprise for me to learn that around 30% of the company’s global workforce would be let go. (As prices have continued to fall, another set of layoffs began this past week at BP.)

Thankfully, and to BP's credit, the first round of layoffs were primarily done on a volunteer basis and my division’s plans to cut staff were announced in early January, 2015. A package would be offered; it was lucrative and not guaranteed to be offered again or near as plump in the future.

Initially, I dismissed the possibility of accepting the package as absurd for me to even consider. I only just started my career and I didn’t feel that my job was in much danger.

However, we were given two-weeks to make our decision and during that time, I started to shift my mindsets to see the negative situation as an opportunity. I could capitalize on the price collapse by using said bag o' money to pay off my debts and seed a shot at entrepreneurship outside of oil and gas.

I began to shift away from a feeling of servitude in an uninspiring career to the limitless possibilities of doing something completely different with a focus towards supporting long-term travel goals and relocating to places based solely on my lifestyle criteria.

In the final hour before the severance opt-in deadline expired (exactly one year ago), I sat in front of my computer staring at the survey’s submit button.

I had completed the online election form to take the package and needed only to click an HTML box to set my new future into motion. I clicked submit...

I couldn’t believe it...I’d taken the risk and pivoted my future for the great unknown!

Over the next week, I started to tell colleagues of my optimistic plans to begin traveling while starting my own business in...exactly what, I didn’t quite know yet.

To be honest, I felt like I was bragging when discussing my new opportunities with others. Everything seemed full of possibility for me now while others faced a pile of increased work to compensate for the decreased staff size; they even had their pay grades frozen indefinitely...now that’s an unfair deal.

A Breath Of Fresh Air

For me, in deciding to elect for the severance, I was forced to initiate a new lifestyle plan to maximize my chances for success in permanently escaping the corporate rat-race.

First, I began selling all my belongings save one trusty pickup truck and a few key valuables. Going minimal and mobile was absolutely critical to making my savings go far and do big things.

Second, on the day my severance paid out, I instantly settled all of my student loan balances (all $26,000 of them) to become debt free for the first time since starting university in 2003.

Third, I couldn’t waste my newfound resource of TIME so I started traveling abroad once again. I had lived in Osaka, Japan for two years teaching high school English between my B.S. and M.S. degrees and was eager to recapture the daily novelty offered by experiencing foreign lands, languages and cultures.

Following my departure from the cubicle, I spent 3 months vagabonding around Bali, Eastern Europe (Prague, Budapest and Belgrade) and throughout Japan. Surfing along Kuta beach, having coffee with amazing new friends in Prague and studying aikido in southern Japan gave me a feeling of living I hadn’t experienced since working as an expat several years earlier.

Finally, I quickly increased my movement nutrition with daily doses of either Acro Yoga, Aikido or high-intensity strength training. I sought out renowned trainers and attended advanced immersions in places like Chicago, Austin, New Orleans, Bali and southern Japan.

It’s now been exactly a year since I hit the submit button and set my new life of daily freedom and exploration into motion; it’s been 9 months since I last sat under the bright fluorescent lights of a mind-numbing cubicle.

I don’t live by alarm clocks anymore and I don’t fear social scorn or authoritative rebukes when my playful self wants to emerge. Practicing handstands in public because I feel like it or striking-up interesting conversations with strangers are just normal parts of who I am now, but felt suppressed by a need to "act professional" before.

Although the journey never really ends, I feel like I’m well on my way to cultivating a lifestyle of personal and social freedom now.

I’m still struggling to retool my income-earning skill set with the challenge of not spending money to do so (all hale the interwebs!), but I’m filled with a drive and confidence now that reassures me that I'll make it.

As I’m now focused on becoming a successful entrepreneur and kick-ass sales copywriter, I’m filled with a sense of freedom and limitless possibility to pursue any thought provoking interest that could double as valuable product offerings for my future startups.

Now that I'm reflecting, it’s amazing how often I still set mental traps to sabotage myself from taking action to achieve my desired goals. A year ago, one simple mindset change was all it took to alter my perception of an overwhelmingly negative career situation into an once-in-a-lifetime opportunity.

Uncertainty about my future still remains as anxiety-inducing as ever, but my new ability to reframe perceived negatives to take positive action makes me feel like I’ll find many intriguing opportunities ahead to pounce on! 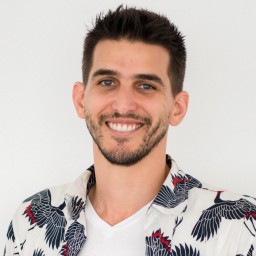